For some time already my wife and me take multiple people as an example to reduce the stuff we own and that usually accumulates in your shelves. Over the past years we were able to establish some kind of ritual to do this often.

I still remember the move to our current flat and all the books and furniture our friends, family and us had to carry to the third floor. In retrospect i feel bad about this. I will tell you why.

Our move is four and a half years ago. Since then we got rid of piles of books that were kept in five or six IKEA Billy shelves. We donated most of them to a coffee shop not far away. It takes the books and sells them for one euro each which feels more like a usage fee to me. I had a strange feeling when I entered the coffee shop carrying two - sometimes even more - IKEA bags full of books. However, after the third time this feeling diminished.

I must admit that sometimes it took me some time to get used to the fact that i will never read those books again. I got some of them from my grandfather and they still were some kind of memory of him. However, this did not change anything about the fact that i did not looked at them often.

As getting rid of stuff evolved into a habit for us we sold or donated various other things like Billy shelves (they were empty!), computer parts (yes, I liked to collect most of them, just in case...), clothes and unused furniture among other things.

A new year in sight

In this spirit by the end of 2015 we have done the following:

This was the end of 2015 for us. It feels good to have more space, to minimize the maintenance of stuff. 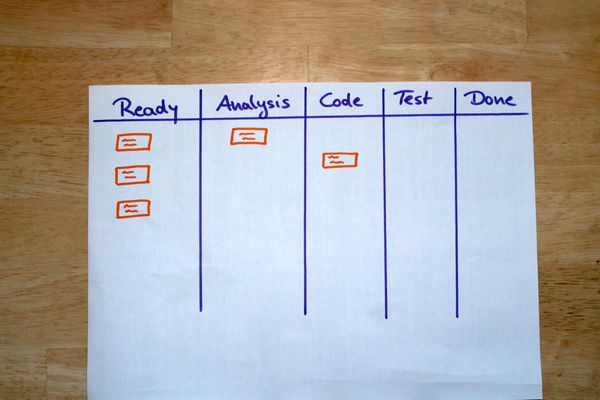 Nowadays kanban is considered to be an agile software development methodology. In fact, it is also a synonym for a token that is running through a kanban system. Kanban has

We have our dog for three years. Time passed by pretty quickly. I can say that I learned a lot in this time about dogs: how they behave, why they